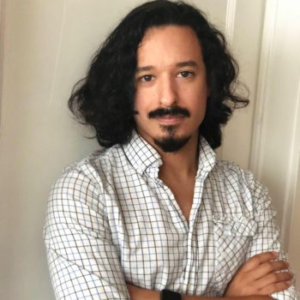 Jeremy Johnson, a rising voice among integral thinkers, has a passion for the work of Jean Gebser. Gebser, the German/Swiss philosopher who died in 1973, is one of those thinkers whose work is more known than his name. He may, in fact, have been the first thinker to coin the term „Integral Consciousness,“ predicting its emergence 70 years ago. He also traced the development of archaic, mythic, and mental consciousness, which he called „mutations of consiousness,“ in a different, sometimes more thought-provoking way than the popular integral thinking of our time. Jeremy Johnson, who heads the American Jean Gebser society, sees in this prescient thinker a voice for the future. In his own books and podcasts, Jeremy explores Gebser’s particular contribution to our future. Jean Gebser, according to Jeremy, allows us to think about the young and troublesome 21st Century in a surprising and profound way.

This week in Radio evolve, Thomas Steininger speaks with Jeremy Johnson about Jean Gebser as an integral thinker for the 21st Century.