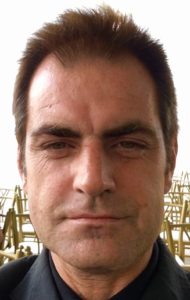 Our Western paradigm, which is the perspective of the Western Enlightenment, has penetrated nearly every part of the globe in the last 200 years. While its best aspects relate to rationality, human rights, individuation, and democracy, this way of seeing the world has also catalyzed a process of alienation. Nature became an object — or even just a useful economic resource. Whatever doesn’t fit into a scientistic, constructed, material world does not exist. However, in the last decades, there has been a surprising renaissance of ancient indigenous wisdom from all corners of the world. Perhaps, in dialogue with these original cultures that have not been exposed in the same way to our modernist world, there is a new integration possible — an integration of different worlds.

Francois Demange grew up in Paris, France. He has a degree in Anthropology, and has lived for many years with indigenous people in Peru, where he became introduced to a different cosmology and initiated into the shamanic art of healing. As Francois became an internationally respected shaman in the Shipibo tradition of Peru and the Dakota tradition of the North American plains, he became himself something like a bridge between the indigenous and the modern worlds

This week on Radio evolve, Thomas Steininger talks with Francois Demange about the the renaissance of indigenous wisdom and its contribution to the 21st century.