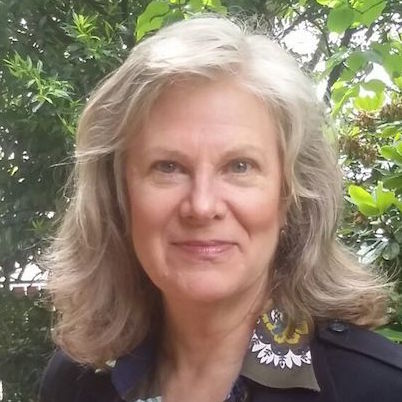 Elizabeth Debold, Ed.D., is best described as a gender futurist. She is a leading authority on gender development and author of the bestselling Mother Daughter Revolution (Addison-Wesley, 1993; Bantam, 1994). For the past four decades, she has worked on the front lines of gender and cultural evolution as an activist, researcher, journalist, spiritual explorer, and transformative educator. Her lifelong pursuit of freedom, creativity, and equality between the sexes in an intersectional context has taken her from door-to-door activism for the U.S. Equal Rights Amendment to groundbreaking research on gender development at Harvard University to exploring the frontiers of gender, culture, and the future for evolve magazine to founding One World in Dialogue as an experimental space for domination-free communication and co-creative emergence.

As a founding member of the Harvard Project on Women’s Psychology and Girls’ Development, directed by Dr. Carol Gilligan, she made critical theoretical contributions to understanding the cultural roots of gender difference. Widely acknowledged for the power of these insights into women’s and men’s development, they provide the foundation for the innovative programs that she has developed. She also has served as Academic Director of the Master of Arts program in Conscious Evolution at The Graduate Institute. She taught at Harvard University and the New School for Social Research.

Committed to the creative potential of teaching with others (such as Diane Musho Hamilton, Mary Adams, Carter Phipps, Thomas Steininger, and Annette Kaiser), she has offered programs on the Evolutionary Worldview, Meditation, Evolutionary Philosophy, the Emerge Dialogue Process, Principles of Collective Emergence, and Women’s Development. Elizabeth’s work explores the intersection of culture and gender identity, and she is currently working on a book on women’s development (with Mary Adams), and a collection of her essays.